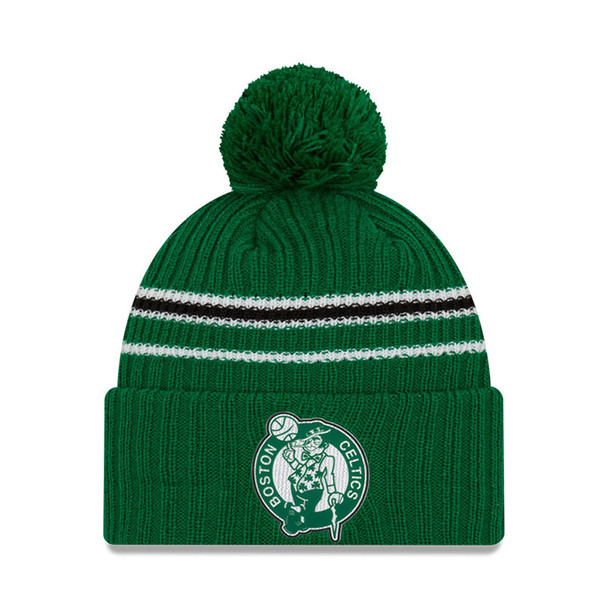 Big up Boston and stay warm with New Era by picking up an official New Era Boston Celtics NBA Back Half Bobble knit. Featuring a tatami Celtics logo patch on the front of an upturned cuff, the design is finished in the team’s official colourway and is topped with a winter bobble. Additional details include a team colour stripe across the crown and an embroidered New Era flag on the wearer’s left.

MSRP:
Now: £27.95
Was:
Show some love for the sports league that makes it all happen by opting for an official New Era NBA Logo Back Half Bobble knit. Featuring a tatami NBA logo on the front of an upturned cuff, the...

MSRP:
Now: £2.64
Was:
Gilbert Replica Netball Ball Keyring. This Gilbert replica netball ball keyring is a great souvenir to show off to your friends and add to your keys. Designed as a tiny replica ball of the Gilbert...

MSRP:
Now: £14.95
Was:
DUE TO THE NATURE OF THIS ITEM THERE ARE NO REFUNDS, EXCHANGES OR RETURNS. The NFL Chicago Bears Sideline Neck Gaiter is engineered with lightweight performance materials and features a...

MSRP:
Now: £24.95
Was:
Official gear for the RBS 6 Nations 2010!The RBS 6 Nations Harlequin Rugby Shirt is made of 100% durable cotton and designed with your comfort in mind.It has the 6 nations logo embroidered to the...

MSRP:
Now: £12.95
Was:
The Ospreys Rugby Club supporter rugby balls are colourful and fun and designed to appeal to all Ospreys supporters. Manufactured by Gilbert. Size 5.

MSRP:
Now: £42.95
Was:
The Official south africa springboks rugby graphic hooded sweat in green is a comfortable leisure hood made of a soft cotton / polyester mix. The hoody has the Springbok print to the centre chest. ...

MSRP:
Now: £49.96
Was:
Rugby's famous brand have brought you their RWC 2019 collection in time for Rugby World Cup 2019 in Japan. To keep you stylish, the CCC Cotton Short Sleeve Rugby Jersey - Red is the...