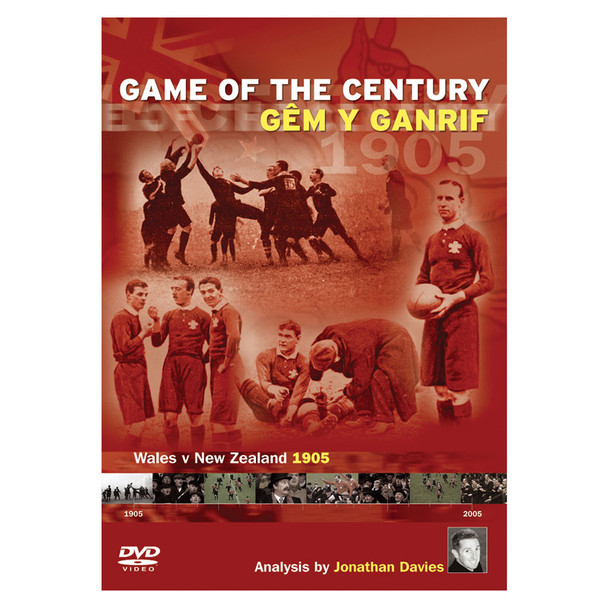 GAME OF THE CENTURY

Wales v New Zealand 1905, 1905, Game of the Century - the world championship that sparked a hundred years of rugby rivalry. The All Blacks are at the culmination of their first, all-conquering tour of Europe. Only Wales stands in their way. The match is settled by a brilliant pre-planned move. But it ends in controversy thats echoed to this day. Was there an equalising score? Featuring a full dramatic reconstruction of the game's highlights played in front of a 47,000 crowd, Game of the Century uses eyewitness accounts, and modern analysis from Jonathan Davies, to reveal the truth about the try that never was.

MSRP: £14.95
Now: £11.95
Was: £14.95
The Wales rugby shirt is predominantly red. It has white panels on the sides and under the arms. The collar is white. The Welsh dragon logo is applied to the right chest and the Wales Rugby logo to...